So many boys had amazing breaks and were were very excited to hear about all their adventures. Many boys were off around the world on service trips, like Carlos and Klaus who, you can see below in Africa. Other boys like Jack and Edward met up while on holiday – here they are at an NBA game. All of us were amazed by the progress on the new dining hall. 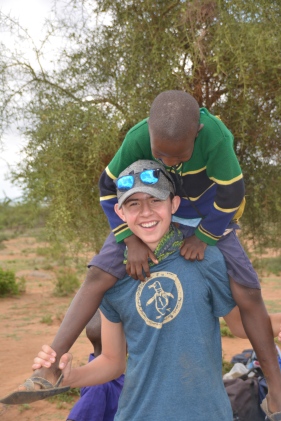 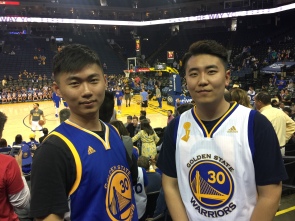 Right away when we got back one of our Bolton alumni returned to speak to the two digital art classes. Peter O is doing great at UVic and spoke to the classes about his passion, telling stories through digital videos.

The Grade 11’s were at French Beach Saturday for their annual leadership retreat. It was not long after we arrived that in an impromptu game of beach soccer had broken out. In addition to some fun games, there were discussions around leadership styles and communication skills leading up to various challenges. After each challenge students debriefed the all the different scenarios that occurred and reflected on their individual roles. 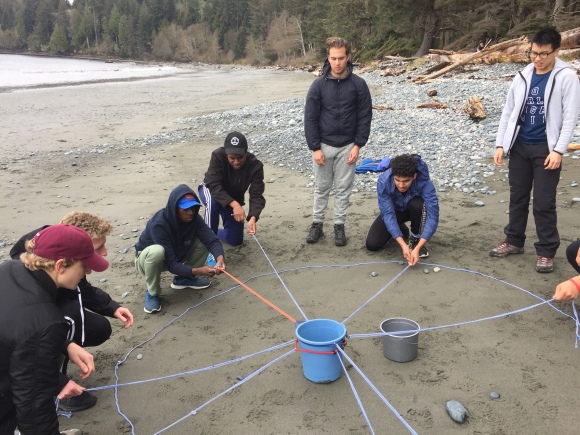 The main activity was a scavenger hunt crossed with an escape room. When the grade 11s returned from some games on the beach, the Bolton Mascot, Boris the Penguin, was missing and there was a ransom note with clues. The guys had to work together to solve different riddles and challenges that led them all over the park with hopes of finding Boris the Penguin. It was great to see them demonstrate their learning from previous activities. They all shared the floor in order to create equity of voice and they listened to everyone’s ideas before making attempts to solve riddles. At times, excitement got the better of them and they missed smaller clues within the big picture. In the end, they found their beloved penguin and saved him from certain demise! Huge thanks to Mr. Daum and Mr. Danskin for all the work they put into crafting this customized and creative challenge! 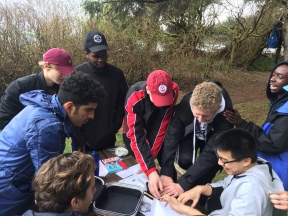 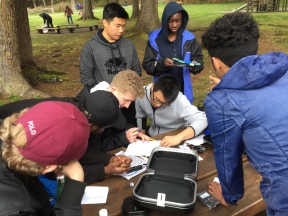 The boys were also in charge of cooking up the grub. We were treated to strip loin steaks cooked on the BBQ and salad. The bonus was all the fixins’ that came along with it; nothing like crispy onions and bacon bits on giant steak beside a warm fire! And the infamous Smoreos were a huge hit too. It was a great day and wonderful to know these mature young men will be our grade 12 leaders next year. 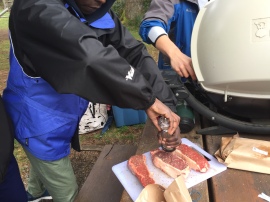 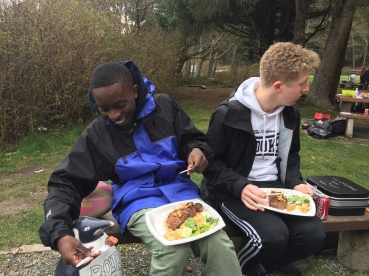 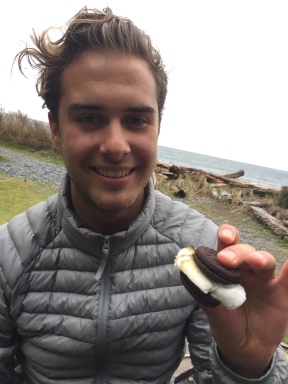