This was a relatively quiet week for the boys in Bolton compared with the last couple weeks, but, as is to be expected, few of our boys were content to sit quietly.  The weather has been spectacular with bright sunshine during the day and beautiful clear nights.  From our front door the sunsets have been incredible! 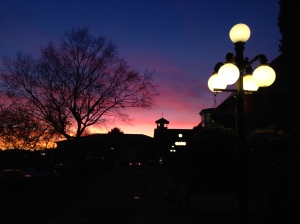 The musical “Legally Blond” was in full rehearsal mode at the McPherson Theater in downtown Victoria.  Hank, Anderson, Max, Christian, Ted and Brad and have spent countless hours in preparation for the show that opens this Thursday night.   Check out the blog next week for lots of pictures and a full review.  Almost every boy in the house will be attending!

Many boys were home for the weekend to celebrate Chinese New Year with friends and family and those who stayed behind were treated to a delicious meal in Brown Hall hosted by the International Council that included scrumptious hand made dumplings!

Congratulations to Timmy who has some of his art on display at the Cedar Hill Recreation Center.  Opening night was last Thursday and his work will be on display for a month. 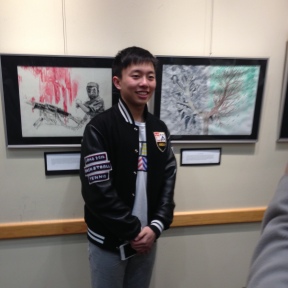 The Free the Children Gala was held on Sunday evening raising funds to support a village in Kenya that the school sponsors.  A big thank you to Christian, Philippe and John for their help in making it all run smoothly.

Artem and his Spanish class paid a visit to the Junior School to share his fairy tale that he had written in Spanish and English with his grade 1 buddy. 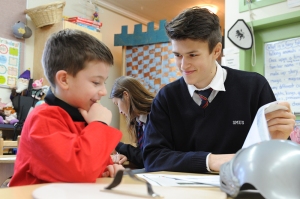 While Abdul, Jero, Emilio and Garry were in Vancouver for a basketball tournament, Antonio and Stanley had a chance to improve their culinary skills by attending a workshop at the London Chef. The theme was Italian and they were treated to a delicious sit down, family style meal that they created from scratch including some homemade bread that Antonio made with just an extra sprinkle of salt! 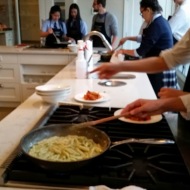 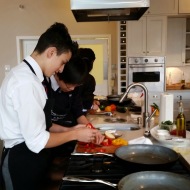 Saturday saw a wide variety of events on offer and our boys were quick to take advantage of some unique opportunities.  Samer braved the backwoods of Mount Doug Park on his Geocaching adventure while Nick sweated it out at spin class.  A large number of boys went to cheer on the local hockey team, the Victoria Royals, at the arena while others learned how to make ceramic beads and participated in a walk to raise funds for a local charity. 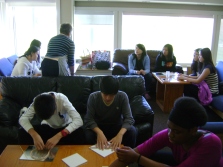 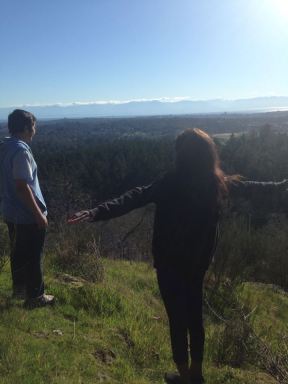 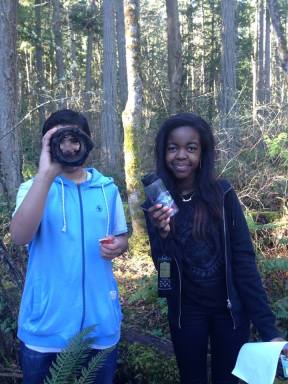 And finally, The finalists of the Best School Year Ever contest were announced earlier this week as well. They will visit this coming weekend to take in the campus and the school musical.  All the guys are excited to meet the new arrivals and are keen to help make them feel as welcome as possible.